On September 22, the vice president of realme announced that in 2021 Q2 realme will rank sixth in the world for the first time and become the fourth largest Chinese mobile phone brand in the world.

Realme smartphone shipments have grown by 135.1%, making it the brand with the highest growth rate among the top six manufacturers in the world. Earlier in August this year, realme founder and CEO Li Bingzhong announced that the sales of realme mobile phones exceeded 100 million units.

In addition to the mobile phone business, realme has also continued to deepen the AloT field, with the goal of becoming the head brand of AloT in some key markets around the world.

In June of this year, realme proposed the “1+5+T” strategy, with smartphones as the core, computers, tablets, TVs, watches and TWS headsets as the core 5 core AloT products, to create a TechLife ecological platform for the Internet of Everything. 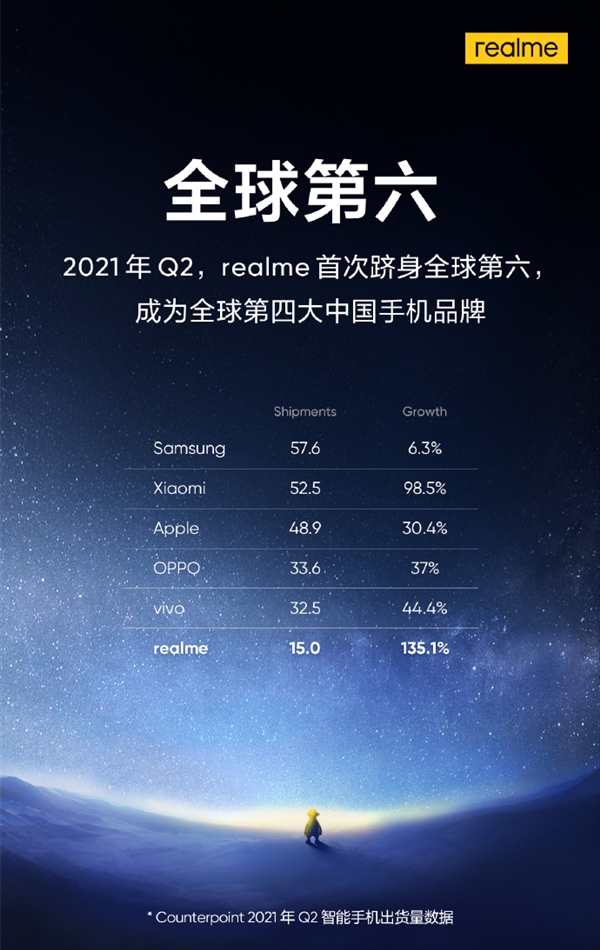